With the release of intel 12-gen chips, brands are now flooding the market with z690 motherboards. While there are plenty of boards such as the ROG MAXIMUS Z690 HERO they do come with a hefty … 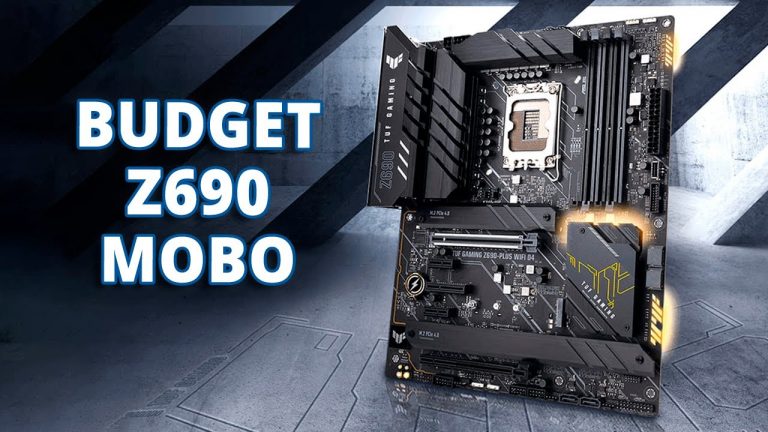 With the release of intel 12-gen chips, brands are now flooding the market with z690 motherboards. While there are plenty of boards such as the ROG MAXIMUS Z690 HERO they do come with a hefty price tag. don’t you worry as in this review we’ll be showcasing the top 5 best budget Z690 motherboards that will fit most people’s budget range? 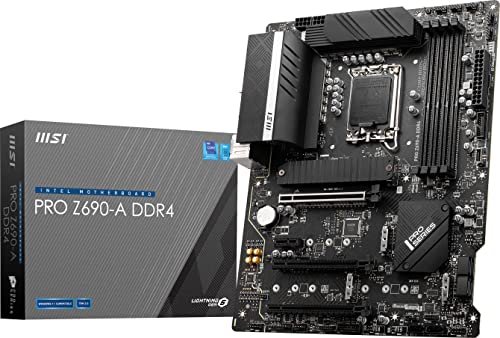 Starting at number five we have the MSI PRO Z690-A WiFi. An entry-level z690 motherboard with a modest feature set and subtle outlook. This motherboard has a full-length PCIe 5.0 slot along with two PCIe 3.0 and one smaller PCIe 3.0 slot that will come in handy while installing external cards.

Naturally, you get four memory slots to support up to 128 gigabytes of ram at a maximum frequency of 3200 megahertz. Storage-wise you get a total of four m2 slots including one PCIe 4.0 and six SATA 6GB ps ports that will keep you well-stocked on storage.

On the back panel, you get one DisplayPort an HDMI port, 8 USB ports with a blend of USB C and USB 3.2 gen 2 and rj45, and a flash button for seamless accessibility. Overall if you’re looking for an entry-level z690 motherboard without spending too much MSI pro Z690a wi-fi is a worthy contender. 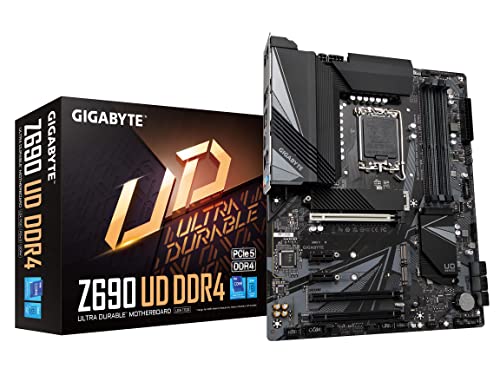 Next up at number four, we have the Gigabyte Z690 UD. another awesome yet reasonably priced ddr4 motherboard that is rocking the latest LGA 1700 socket. This motherboard features a 16 plus one plus two digital Vrm design that’s reinforced with 10 talon polymer capacitors for increased durability.

On top of that, this motherboard has a PCI express 5.0 slot for your high-end GPU and three additional PCI express slots with 3.0 standards. You can install 4 ddr4 ram sticks on this thing with the maximum bandwidth being five thousand three hundred and thirty-three megahertz for optimal performance.

Moreover, you get two m2 slots where both have PCIe 4.0 standard and six SATA 6 GBS connectors for pairing up your hard drives. additional features include fast boot game boost RGB fusion and q-flash that combined will make your pc user experience a lot more wholesome for its price the Gigabyte Z690 UD offers plenty of value that is hard to pass away. 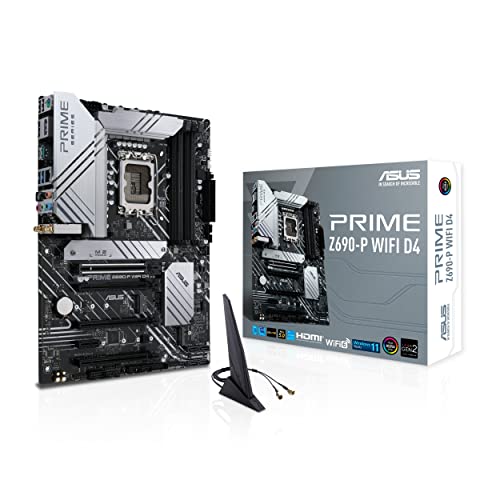 At number three we have the ASUS Prime Z690-P D4. a capable Z690 motherboard with intelligent tuning options for DIY pc builders. it has a 14 plus one DRM power stitch design melted onto it that can run even the 12 900k.

Similar to the Gigabyte Z690 UD this one also has four memory slots with support for up to 5 33 megahertz of frequency. Surprisingly this affordable motherboard comes with a PCIe 5.0 express slot to boost your GPU’s performance. Storage options include three PCIe 4.0 m2 slots along with 6 zetas 6 GBS connectors to keep your rest assured.

The back panel is loaded with connectivity options including 1 USB 3.2 gen, 2 type c, 2 USB 3.2, and 2 USB 2.0 with the inclusion of HDMI and display ports. Turning options include four aura RGB headers CPU fan headers and plenty of software-based features such as fan expert 4 and dg Vrm control. If you want to personalize your 12-gen intel build then we highly recommend the Asus prime Z690 pd4 for you. 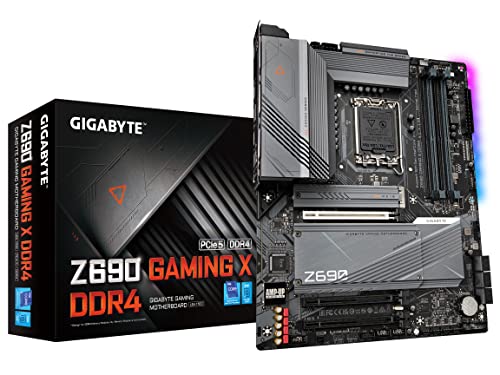 Coming at number two we have the GIGABYTE Z690 Gaming X. an affordable Z690 gaming motherboard that will do just about right with the already existing ddr4 memory. This motherboard boasts a 16 plus one plus 2 Vrm design which is enough to power up your 2700k while the thermal guards ensure good overall thermal performance for the rest of your components.

Talking about components this board offers four ddr4 memory slots capable of reaching up to 5 33 megahertz frequencies. When overclocked you also get four PCIe 4.0 m2 interfaces that are reinforced with enlarged heat sinks to keep them cool during intensive gaming or rendering tasks and even if that’s not enough you also get six zetas Gbps connectors for additional storage solutions.

The ion includes one DisplayPort one HDMI port USB type-c and five additional USB ports to plug in your gaming accessories. So it’s safe to say that the gigabyte z690 gaming x is a reasonably priced motherboard for budget gaming builds. 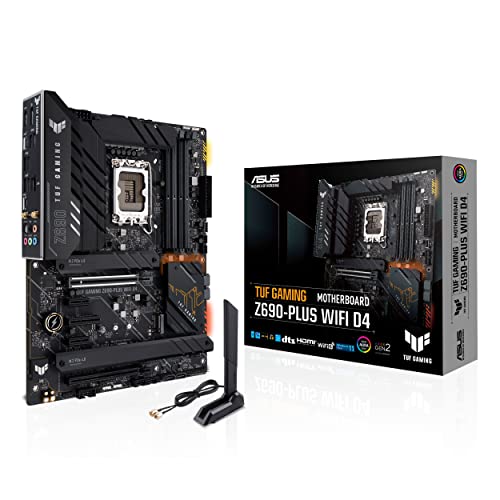 Finally, at number one, we have the ASUS TUF Gaming Z690-Plus WiFi D4 from Asus. A solid gaming motherboard that has a little bit of everything melted onto it for a perfect overall system.

The 15 DrMos power stages are just about right even for top-tier Intel chips such as the i9 12 900k. you fit in up to four ddr4 ram sticks with an overclocking potential of up to five thousand three hundred and thirty-three megahertz for optimum performance with your 12th gen chip.

There are a total of four SATA six Gbps ports and four PCIe 4.0 m2 slots to keep you both stocked on storage for demanding apps and games. Its wi-fi six enabled has Bluetooth 5.2 and a handful of USB ports located at the back comprising one USB-C two USB 3.2 gen 2 and 5 USB 3.2 gen 1 ports. to sum things up the tough gaming z690 plus d4 is a remarkable d690 gaming motherboard that takes all the checkboxes.