How Much RAM Should You Have – Gaming, Video Editing & Programming

The computer is a wonderful piece of tech that is made of several different components such as a GPU storage display and memory. while the component requirement of building a pc remains the same they … 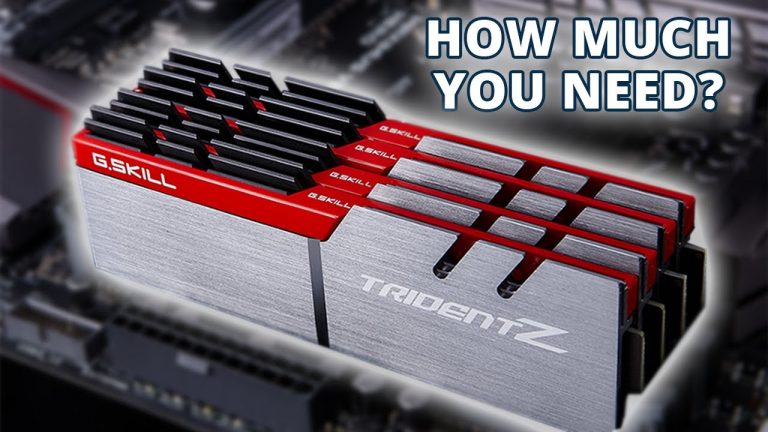 The computer is a wonderful piece of tech that is made of several different components such as a GPU storage display and memory. while the component requirement of building a pc remains the same they have undergone outstanding upgrades over the years.

It hasn’t been long since we landed on the moon with the Apollo 11 computer that had only four kilowatts of ram and now up to one terabyte of ram is usable to the consumer segment alone. while one terabyte might sound overkill to most pc users the question of how much ram we need still arises. well, let’s find out.

when it comes to your computer’s performance ram plays a crucial role among other components. as it helps the application store information on a short time basis it enables you to access the data your computer uses actively while it’s on. having more ram is always better as it correlates directly to your system’s performance and speed.

it will help you to process tasks better render them faster and experience a small user experience. on the contrary, having too little ram will make your system feel slow and sluggish which ultimately leads to frustration and hampers your overall user experience and the quality of it. with that being said don’t go buying as much as ram as you possibly can as the decision should completely rely on the type of tasks that you are going to perform daily.

Most modern desktops and laptops even the simplest ones come with at least 4 gigs of ram. even if you are going to perform the simplest of tasks such as web browsing or typing 4 gigabyte sets the bar of minimum. anything below that and, likely, you won’t be happy with the performance of your computer.

Though many applications don’t require that much ram on their own when used simultaneously the demand for ram increases. there are lots of multitaskers who work with multiple tabs open while plenty of applications running in the background as modern web pages include plenty of high-resolution content ram gets enough pretty fast.

What we are trying to imply is if you are a multitasker then look for laptops or build a desktop that includes at least eight gigs of ram. this ensures decent overall performance and even has the possibility for light to medium gaming.

whether you are a gamer content creator or streamer 16 gigs is the perfect spot in terms of ram. most demanding games nowadays require at least a gigabyte of ram as a baseline and if you want to get the most out of the 16 gigabytes will be more than enough. content creators however creative apps such as adobe premiere pro and cad take up a heavy chunk of ram. requirements for these applications often get so demanding that eight gigabytes just won’t steal the deal.

so you need to consider 16 gigabytes specifically a gigabyte plus a gigabyte dual-channel setup. streamers also need to work with multiple different software such as obs to capture the game footage while also running the game judging by all of that 16 gigabytes is indeed the sweet spot.

now for power users such as engineers professional editors and similar types of enthusiasts who plan to use their computer as a workstation. these computers need to have as much ram as they can work with their tasks to rely on precision less and processing power and having 32 gigabytes and more will give them lots of headroom to work with.

To sum things up the decision of getting a certain amount of ram completely depends on your purpose of use. you might also want to future-proof your pc by getting more than what you require as ramp prices often fluctuate and might get expensive in the future. dual-channel is always better than a single one as you will certainly get more out of it and you should match the bus speed for finding the optimal data between them.

so these are the things you should keep in mind while purchasing ram for your pc. thanks for reading if you found this article helpful like it and share it with your friends and comment below to let us know your thoughts

7 thoughts on “How Much RAM Should You Have – Gaming, Video Editing & Programming”