Apple first introduced the M1 chip back in November 2020 by ditching intel for good and it was a groundbreaking success for them mostly because of the tight integration between hardware and software. naturally, we … 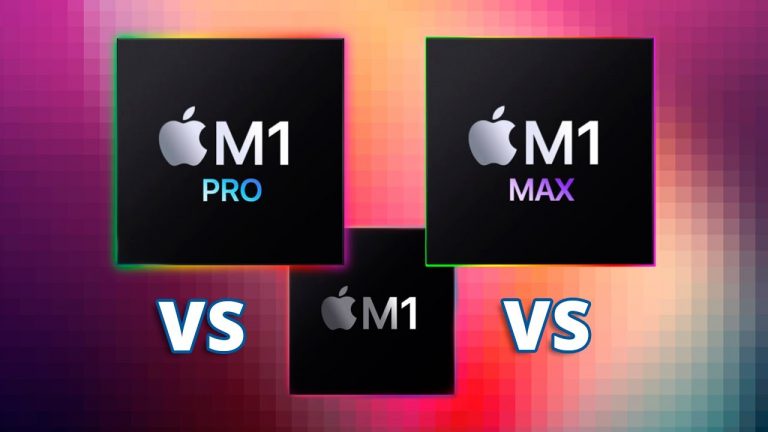 Apple first introduced the M1 chip back in November 2020 by ditching intel for good and it was a groundbreaking success for them mostly because of the tight integration between hardware and software. naturally, we were all eager to see what their next-gen ship will offer well the wait is over as Apple just introduced two brand new chips which are the M1 pro and M1 max.

Based on the same architecture of the previous M1 chip at the apple unleashed event recently. the new MacBook Pro 14 and 16 inches will be sporting these new chips but before they arrive, we are here to break down the differences among M1, M1 Pro, and, M1 max as well as what you should expect from these new chips.

let’s look at the specs of these chips first as mentioned earlier both of the new chips are based on the tsmc’s 5 nanometers architecture. which is the current smallest offering in the market although the M1, M1 Pro, and, M1 max are built on the same architecture.

In terms of GPU, we see a huge difference the new M1 Pro can go up to 16 graphic scores and the M1 max packs a staggering 32 graphics course whereas the previous M1 chip tops out only at 8 graphic scores.

As for the ram, the M1 pro supports up to 32 gigabytes the M1 max can go up to 64 gigabytes where the M1 tops out at 16 gigabytes of memory keep in mind that these are unified memory, not the standard memory you will see in a standard pc which allows all the components to access the same memory at the same time at a much faster data transfer rate.

one of the main reasons people love the M1 is because of how energy efficient. it was despite the performance boost and this year apple says the M1 pro and M1 max can achieve even better battery life with these chips inside the new 14-inch MacBook Pro delivers 17 hours of video playback which is 7 additional hours than the previous MacBook pro powered by M1 chip and the 16-inch model gets up to 21 hours of video playback that’s 10 hours of additional video playback and the longest battery life ever on a MacBook taking everything into consideration it’s clear that the new M1 max is the clear winner.

Here don’t get us wrong the previous M1 chip is a fantastic chip but the new M1 pro is just better and the M1 max is simply the best but that doesn’t mean it’s the best option for you for day-to-day tasks and content creation. the previous M1 is still an awesome value option but if you don’t want to compromise the power and want the absolute best you should definitely go for the new M1 pro and M1 max.

so that was all about the apple M1 versus M1 pro versus M1 max for you thanks for reading if you found this review helpful, please like it and share it with your friends and comment below to let us know your thoughts

What to Consider When Buying a Laptop? Laptops Buying Guide