The wait is finally over Intel has officially launched its first desktop arc GPU. yep, you heard that right we have the design performance benchmark pricing and more. Kicking things off the official name of … 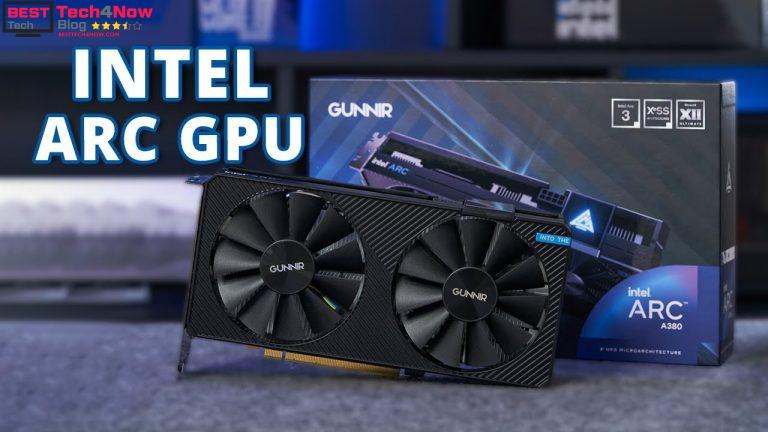 The wait is finally over Intel has officially launched its first desktop arc GPU. yep, you heard that right we have the design performance benchmark pricing and more.

Kicking things off the official name of intel’s first arc GPU is a380 and given all the leaks and rumors it’s not a surprise as for specs,

Now, what kind of performance will it get well intel did give us a performance chart and as you can see 1080p gaming at 60fps with medium settings is possible in popular titles. but how does it compare to its competitors? so officially intel states that this GPU delivers 25 better performance than AMD’s RX 6400.

if we look at the RX 6400 relative performance from tech powerup. we can take a guess where this new GPU from intel stands. so this is the RX 6400 and if you look for around 25 percent faster we can have some kind of baseline that it will be slower than a GTX 1060 and RX 6500 xt but better than 1650 and RX 570.

Moving on to the design you can see that intel has a pretty simple reference design with a single fan. however third-party GPU makers are already beginning to announce their designs. for example, as you can see from here gun air a popular graphics card manufacturer in the Asian pacific has announced its a380 photon.

The GPU is an overclocked factory version with a dual-fan and a single 8-pin connector. it has a maximum clock speed of 2450 megahertz and a tbp rated around 92 watts.

In terms of pricing, it’s officially priced at 10 30 yuan with vat. currently, there is no official MSRP for other regions since intel chose to launch this card in china first and according to the press release. the launch will expand globally this summer. now converting that into us dollars is around 153 dollars. though it doesn’t mean that the MSRP will be the same dollars at least we have some pricing hints to look at and at that price bucket competing with the RX 6400 and even the 6500 xt intel’s a380 seems to have a significant advantage. it comes with more VRAM and also has a video encoder in it.

So that was all about the new intel a380 GPU thanks for reading if you found this information helpful please like it and share it with your friends and comment below to let us know your thoughts.