Intel’s upcoming i9 3900k has been officially benchmarked and by the looks of it it can breathe out one hell of a performance. the processor itself packs plenty of core and thread counts and was … 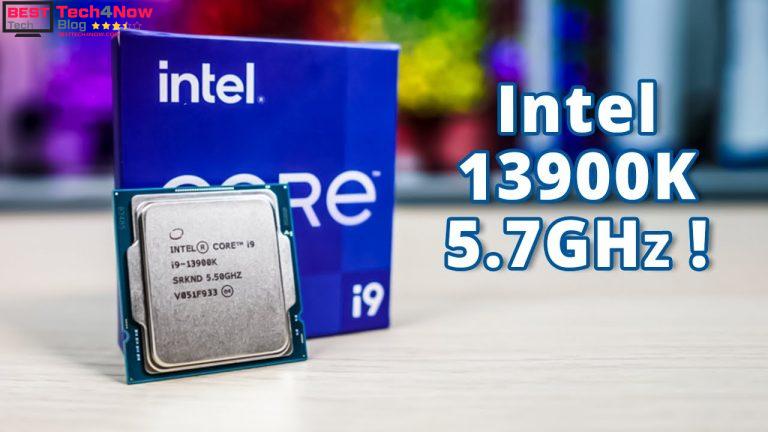 Intel’s upcoming i9 3900k has been officially benchmarked and by the looks of it it can breathe out one hell of a performance. the processor itself packs plenty of core and thread counts and was able to reach a 5.7 gigahertz mark in the official geekbench testing. in this article, we will talk about everything we know about the upcoming i9 3900k processor to help you decide what to expect from intel’s next-gen CPUs.

Benchmarks of the upcoming i9 3900k were first spotted in the database of cake bench. here we got to see the chip achieving a whopping 21 33 score in single core and 23 701 scores in multi-core performance.

Here we also get to see the processor reaching a maximum frequency of 5.5 gigahertz and according to tom’s hardware, it even reached 5.7 gigahertz in single core testing. impressive as it is let’s see what specs are streamlining part of this beast of a CPU.

The 13-gen intel core i9 3900k is a core CPU that has a total of 32 threads. at the base level, it runs at a three gigahertz clock frequency while the maximum frequency is rated at 5.5 gigahertz. this CPU can go further than that as we saw earlier on the geekbench result. it has 36 megabytes of l3 cache which is a huge bump over the 12th gen intel chips. other than that l1 and l2 cache remain the same as previous gen intel chips.

While the benchmark scores look impressive how reliable are these data according to videocards.com i9 3900k was tested using XSS rog Maximus z690 x3 motherboard. this motherboard has a lga 1700 socket and not long ago Asus announced that their 600 series motherboard supports the next-gen intel processors. that being the case, the geekbench school makes sense and is likely to be true.

Nonetheless, Intel has just set a new standard of what the next 10 processors will be able to achieve. although there is no confirmed release date for the rapture lake CPUs. until a recent investor meeting confirmed that we will get to see them in quarter 3 of 2022.

We will be back again with more updates on the i9 3900k as soon as it hits the shelves. so that was all about the intel core i9 3900k thanks for reading if you found this information to be helpful please give it a thumbs up share it with your friends and comment below to let us know your thoughts.