When it comes to PC components people often Overlook how important it is to select a reliable PSU. while investing in a powerful CPU and GPU yields the most performance it won’t matter that much … 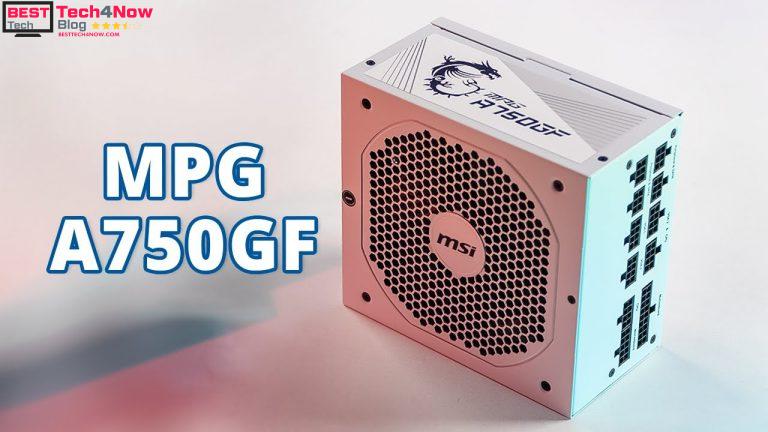 When it comes to PC components people often Overlook how important it is to select a reliable PSU. while investing in a powerful CPU and GPU yields the most performance it won’t matter that much when they get damaged due to a faulty power supply. MPG a750gf from MSI is the latest addition to their PSU lineup. that performs remarkably while maintaining an overall Sleek aesthetic.

It comes in a pretty nice package where we get to see the user manual followed by the PSU itself protected underneath styrofoam. just beside that, we have a pouch that holds all the necessary cables including the power cord. this is a fully modular PSU with the decent overall build quality. the snowy exposure makes it a perfect PSU for all-white VC builds. the included cables are completely flat which altogether has the potential for a clean-looking system.

On top of that the ATX form factor measures about 150 by 160 by 86 millimeters. which is ideal for mid-tower PC cases. looking at the I o we have a total of three VGA ports two CPUs two motherboards and four SATA connectors.

As for the specs, this is a 750-watt power supply with 80 plus gold certification that also comes in 650 and 850-watt variants. this BSU utilizes an active PFC design with 100 Japanese capacitors that can sustain up to 105 degrees Celsius.

Now let’s put it all together and see it in action for testing out. the performance our goal is to put as much pressure on the PSU as possible to figure out how well it holds on. we’ll be using the following setup to test out the PSU keep in mind that the ryzen 9 3900x is quite a demanding CPU that will require plenty of power to run at its maximum potential.

First off with some CPU-intensive gaming we have Witcher 3 and Forza Horizon 5 running at maximum settings to put pressure on both the CPU and GPU. here we can see the system drawing plenty of power to cater to the power demand even at maximum load the PSU temperature didn’t exceed the 47 degrees Celsius mark. the sound profile was pretty silent too all thanks to the fluid dynamic bearing.

To sum things up MSI did a pretty good job with the mpg a750 GF power supply. with such high performance, it is an ideal PSU to be paired with the RTX 30 or rx6000 series cards while the component quality is already to notch the 10 years warranty further ensuring the longevity of the PSU.

So that was all about the MSI MPG a750 GM thanks for reading if you found this information helps give it a thumbs up share it with your friends and comment down below to let us know your thoughts.