The company that made AYA NEO happen has just debuted two new Gaming consoles titled AYA NEO 2 and AYA NEO Slide. Both of these handhelds are said to pack huge performance gains over the … 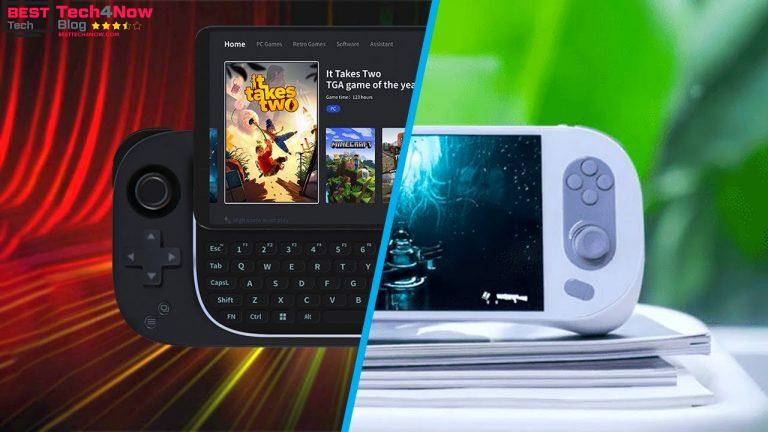 The company that made AYA NEO happen has just debuted two new Gaming consoles titled AYA NEO 2 and AYA NEO Slide. Both of these handhelds are said to pack huge performance gains over the predecessor and by the looks of it.

There seemed to deliver double the performance of the valve steam deck. In the article, we’re going to talk about the upcoming AYA NEO 2 and AYA NEO Slide to give you a clear understanding of what to expect from them.

As per the company’s reveal both the AYA NEO 2 and AYA NEO Slide will be powered by AMD’s Ryzen 7 6800u mobile APU. keep in mind that this is an 8-core CPU with as many as 12 compute units in the 680m igpu. with Radeon 680m onboard you can expect a similar level of graphical performance to a Gtx 1050 ti.

It can deliver 3.38 teraflops which are almost double compared to 1.6 teraflops of a team deck so theoretically we are indeed looking at double the performance of a valve steam deck on these handhelds. Other tracking features that reportedly will come with these devices are a native windows operating system the inclusion of lpddr5 ram running up to 6400 megahertz PCIe 4.0 storage and more.

Display-wise it seems like AYA NEO 2 will feature the same 7-inch screen with an 800p panel that its predecessors have. AYA NEO Slide on the other hand might end up getting a 6-inch 1080p panel that slides upward revealing an RGB keyboard underneath. it’s quite similar to what the gpd win3 has going on but we’re hoping that it won’t be a capacitive touch keyboard that is less responsive than an actual keyboard.

Design-wise we’re expecting to see dark and light gray color gradients with rounded edge corners. but truth be told there is something quite aesthetic about polished corners that makes them appear smooth and attractive.

Currently, there are no confirmed release dates yet for either of these handled consoles. but the company assures us that we will get to see them by the end of this year. as for the pricing, all of the current-gen IO cost over one thousand dollars. so you can expect a similar price range for the upcoming ones too.

Nonetheless, it will be really exciting to see evolve steam deck having some worthy contenders on the market. given it’s currently the best value for money handheld that you can get your hands on. we will be back again with more updates on the AYA NEO 2 and AYA NEO Slide as soon as they hit the shelves.

So that was all about the AYA NEO 2 and AYA NEO Slide thanks for reading if you found this information helpful please give it a thumbs up share it with your friends and comment below to let us know your thoughts.