Nvidia DLSS Vs AMD FSR – Which Upscaling is Better?

For the past decade or so, upscaling has been quite revolutionary for TVs and monitors. the way it works is a lower resolution content is enhanced and broadened to be presented on a much higher … 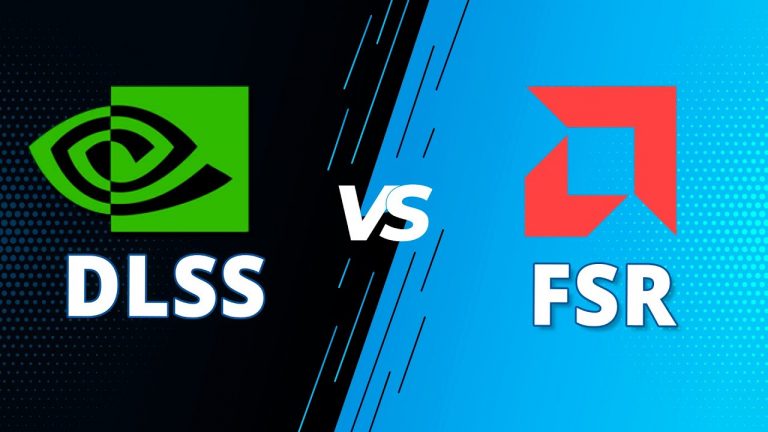 For the past decade or so, upscaling has been quite revolutionary for TVs and monitors. the way it works is a lower resolution content is enhanced and broadened to be presented on a much higher screen with the help of ai and now the technology has made its way into the gaming segment as industry giants such as Nvidia and AMD came up with their version of ai upscaling specifically for games. Nvidia has DLSS and AMD has FSR both aimed towards boosting up in-game fps without compromising quality at a much lower resolution.

while they are more or less the same there are some underlying differences between them. in this review, we’ll be comparing these two upscaling technologies to provide you with a clear picture of which one is comparably better.

DLSS and FSR each had their own list of compatible games on release. nevertheless, these two are being added to more and more titles as time goes on nekromunda hired gun and chernobylite are two of the recent games that are compatible with both DLSS and FSR.

Both games are first-person shooters and released on all major platforms including pc PlayStation and Xbox. on native 4k necromunda runs at about 60 fps without ai upscaling on the DLSS ultra-performance mode the fps count shifts dramatically at up to 142 at epic in-game settings. in some scenarios, it even crosses 170.

Even when upscaled the details look pretty amazing as for fsr’s take on necromunda we are looking at 100 fps on fsr ultra quality which is significantly lower than DLSS. taking a look at the channel light we can see up to 80 fps on a 4k native resolution while ai upscaling is turned off.

FSR ultra quality on the other hand dramatically boosts up the fps count up to 116 fps for a more stabilized gameplay experience. this can be even further increased to up to 179 fps if you decide to run it in performance mode.

in terms of DLSS performance mode, we’re looking at 80 plus frames per second which in some cases can reach up to 100. so which is less than what FSR can achieve the in-game environment appears slightly better even in performance mode. so which ai upscaling is better than the other it’s really a difficult question to answer as the improvements vary depending on the game.

There are also the factors of hardware integration quality to performance ratio game compatibility and so on. neither FSR nor DLSS checks all the tick boxes of being the better one however DLSS does a good job of maintaining the quality of the in-game particles. that doesn’t necessarily mean fsr is worse as it has a completely different take on maintaining texture sharpness and motion blur level.

Either way, we’re hoping to see more improvements on these two as they’re a blessing in the time when GPU shortage is driving everyone crazy. both DLSS and fsr will enable you to play recent games at a reasonable fps on your older graphics card.

so that was all about the DLSS versus FSR comparison thanks for Reading if you found this article helpful please like it and share it with your friends and comment below to let us know your thoughts.

1 thought on “Nvidia DLSS Vs AMD FSR – Which Upscaling is Better?”

TN vs VA vs IPS monitors – Which are the right monitors for you?