GPU shortage is still giving gamers a tough time as developers keep pushing more and more next-gen game titles that are hard to resist. in this situation, players who are planning on upgrading their gaming … 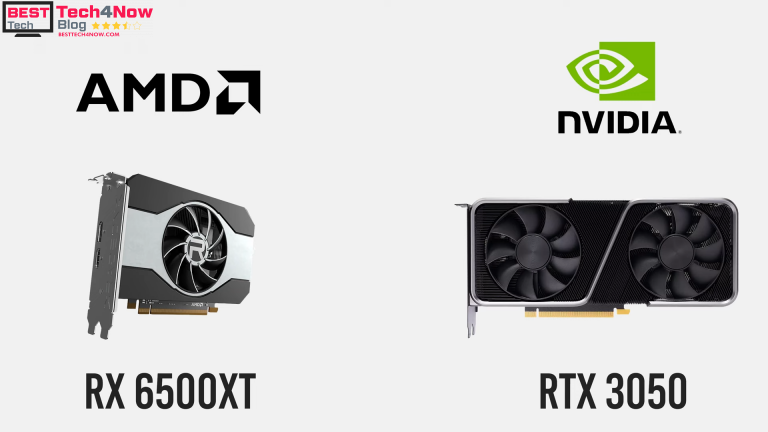 GPU shortage is still giving gamers a tough time as developers keep pushing more and more next-gen game titles that are hard to resist. in this situation, players who are planning on upgrading their gaming rig will certainly find budget cards more appealing compared to sky-high price next-gen GPUs such as the RTX 3090 ti followed by this both AMD and Nvidia have just released a brand new budget GPU the RX 6500 Xt and the RTX 3050.

Although both of these cards belong to the same budget category one of them is certainly better compared to the other one. in this review we’re going to compare these two budget GPUs head-on to help you make a better purchasing decision.

A retail price of 249 the RTX 3050 has 8 gigabytes of VRAM 1.55 gigahertz of base and 1.78 gigahertz of boost clock speed based on the ampere architecture.

this card also has 2560 Cuda cores coupled with 9 shaders 18 ray tracing and 73 tensor teraflops. making it an ideal GPU for 1080p gaming.

the RX 6500xt, it’s priced at around 199 and incorporates four gigabytes of VRAM with 2.61 gigahertz of base and 2.82 gigahertz of boost lock.

Core counts include 1024 shaders and 16 ray tracing cores with a blend of 64 texture mapping and 32 render output units. which also meets the criteria of being a reliable 1080p gaming GPU. now clearly RTX 3050 has more goodies to offer with a slightly increased price that is justifiable by the 4 gigabytes of additional VRAM and about 40 more rendering units. which is likely to result in an overall better graphical performance.

Talking about performance pc gamer has benchmarked the RX 6500 Xt and it yielded an average score in terms of 1080p gaming as well as raw graphical performance here we can see this card achieving a 2383 index score in the 3d mark time spy test which is quite left behind compared to other mid-range cards currently on the market.

3050 also holds this ground well in raid racing performance as we’re seeing about 38 fps gap between the RTX 3050 and RX 6500 Xt in 1080p ultra setting while ray tracing on with the retail price difference of only fifty dollars the RTX 3050 is the better option here with more spec counts and better performance.

Performance on the 6500 Xt varies depending on which PCIe version you pair with it on PCIe 4.0 you get a slight fps boost compared to the PCIe 3.0. nevertheless, both of these cards might be a good solution for building a mid-range gaming rig if we can manage to get them close to the retail price. when it comes to RTX 3050 versus Rx 6500 Xt, 3050 is the only answer.