what is the best monitor for PS5? | Ultimate Buying Guide 2022

While consoles are generally paired with TVs. there are many benefits to connecting your ps5 to a monitor instead. one monitor is more compact than TVs. making them ideal for those who don’t want to … 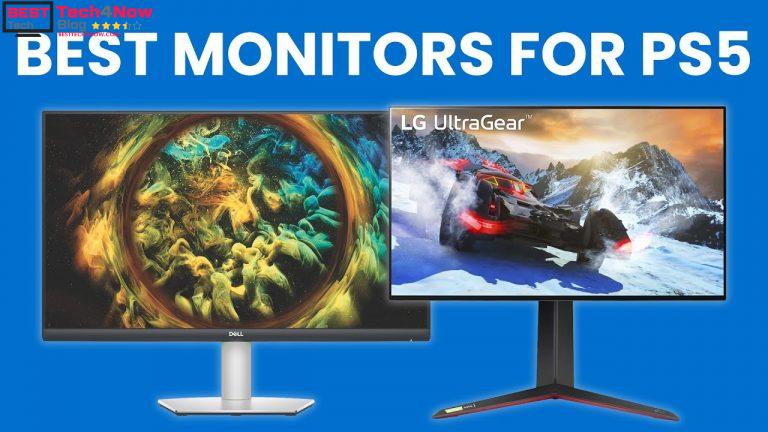 While consoles are generally paired with TVs. there are many benefits to connecting your ps5 to a monitor instead. one monitor is more compact than TVs. making them ideal for those who don’t want to do their console gaming in the communal space otherwise referred to as the living room. but that’s far from the only reason.

Competitive gamers will also gravitate towards monitors due to their reduced input lag and finally while TVs can get rather massive without showing signs of aliasing packing that 4k resolution into a smaller frame will result in higher pixel density. making for a sharper image that being said not all monitors are made equal especially not when it comes to properly support a console gaming experience. so with that in mind here are the four best monitors you can use for gaming on the PS5. 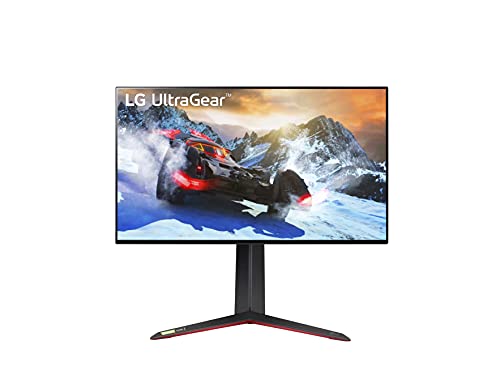 For those with lofty performance requirements and appropriately deep pockets. we recommend none other than the LG 27g p950b. these 27-inch 4k IPS monitor features a 144hz refresh rate making it capable of supporting even the highest frame rates a ps5 can dish out.

Likewise, its super low input lag will give you the competitive edge in any game where even a few milliseconds of delay can spell the difference between victory and defeat. but performance isn’t the only reason to get the LG 27g p950b. this monitor also has some outstanding visuals with its sharp image and vibrant colors. it even displays hdr 600 certified.

The contrasts still leave a bit to be desired but this hdr is no joke. all in all for those looking to make excellent use of all the cool new ps5 features. the LG 27g p950b is the standout winner. the only thing you need to keep an eye out for is its subpar anti-glare coating. the monitor is certainly bright enough to be used in a well-lit room. but if a light source is directly behind the monitor the situation can quickly get annoying. 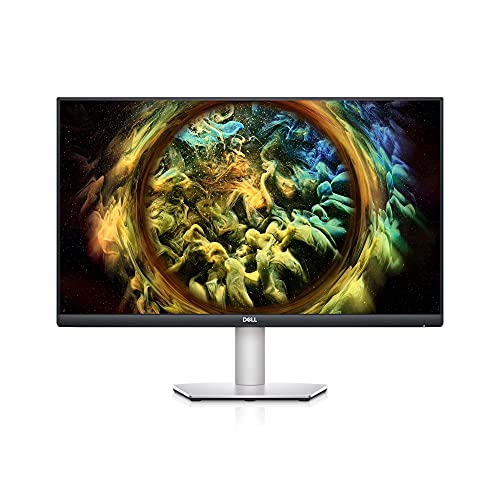 The dell s2721qs is not so much a great gaming monitor as it is an amazing monitor that you can also game on. what we mean by this is that its performance specs are okay. but nothing to write home about it’s got a 60hz refresh rate and a decent response time four milliseconds grade to grade to be precise.

Competitive gamers will likely want something beefier but for casual gamers, these specs are more than good enough. however, the thing that makes the dell monitor stand out is the image quality. while still a 27-inch 4k IPS panel the dell s2721 qs features better contrast than most IPS panels including the high-end LG 27g p950b. it’s also got a fully adjustable stand that shouldn’t be underestimated when it comes to ergonomics and enabling the perfect setup.

All in all, if you’re the type of ps5 player who prefers visuals over performance or the type coo mostly plays single-player games. then the dell s 2721 qs is likely the best monitor here for you. as it costs less than the LG while offering the visuals that aren’t much worse. technically it also features hdr but the hdr in this case is gimmicky and not worth using. 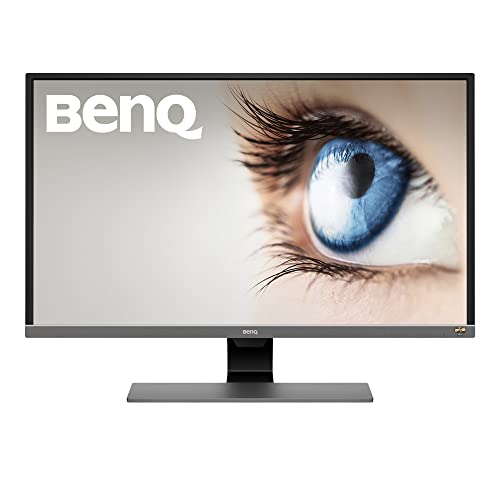 Sometimes just because you wish to avoid gaming in the living room doesn’t mean you don’t want to game on a big screen. the BenQ ew 3270u is easily the largest monitor featured in this review coming in at 32 inches.

It’s also unique in that it’s the only VA monitor featured here and as such has the best contrast ratio. this makes it exceptionally good for fans of visually darker titles like demon souls or resident evil village. do keep in mind though that VA panels also bring some downsides.

Namely, the performance here isn’t great. sure it’s a 4k 60hz monitor that’s pretty standard even the input lag is decent. but this isn’t enough to prevent the iconic VA motion blurring from occurring during fast-paced moments.

So fans of fps games or racing games should steer clear of the BenQ. furthermore while the monitor also technically features hdr the situation is once again such that you’re better off ignoring it. while the contrasts here are good the peak brightness isn’t high enough to make effective use of HDR. 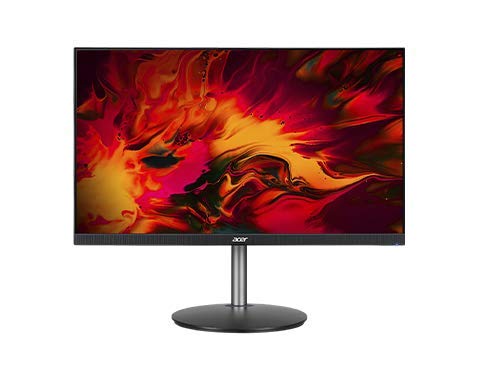 Now just because we’ve decided to kick things off with the most premium pick doesn’t mean we’re neglecting any budget gamers. for them, we recommend none other than the Acer nitro xf243y. while only a 24-inch 1080p IPS monitor.

It’s got a 144hz refresh rate to help speed things up this setup will benefit competitive gamers more so than any others. thanks to its high refresh rate and practically non-existent input lag. we know that gaming in 4k is at least half the appeal of the ps5 but the dell and BenQ monitors are already budget enough as it is for this resolution.

So if you’re on a tight budget 1080p will have to do other than the incredible performance. the Acer nitro xf-243y also spots some fine visuals. once again the contrast rate isn’t ideal courtesy of the IPS panel but the colors are amazing and best of all you can get all of this for less than $200.

So these have been the four best gaming monitors for the ps5 console gaming. for high-end users, the LG 27 GP 950b is the clear winner. exceptional performance top-tier visuals and usable hdr all in one package are hard to beat.

Those looking to make the most out of ps5’s 4k resolution without breaking the bank should instead opt for either the dell s2721qs or the BenQ ew 3270u. the dell is a more universal pick but those looking to game on the larger monitor will surely appreciate the BenQ model more so long as they don’t intend to play fast-paced games.

Sadly budget gamers for whom the dow and BenQ are out of reach. will have to settle for 1080p gaming on the bright side they can get one of the best 1080p gaming monitors the Acer nitro xf 243y for very cheap.